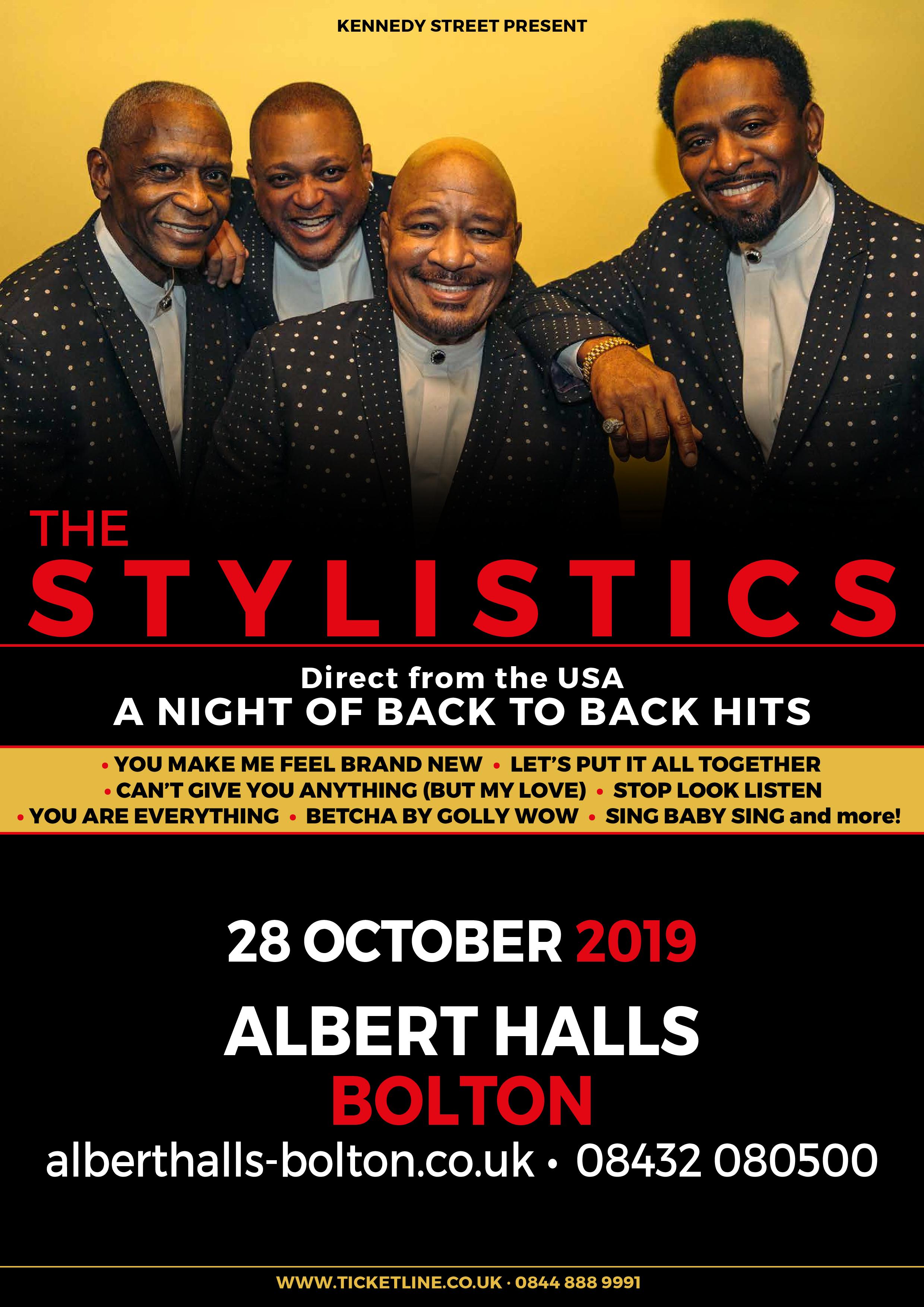 The Stylistics were formed in Philadelphia, PA in 1966 from two groups, the Percussions and the Monarchs.

The Stylistics were formed in Philadelphia, PA in 1966 from two groups, the Percussions and the Monarchs. When members from each group were drafted or went on to further their education, the remaining members under the guidance of their English teacher Beverly Hamilton joined forces and changed the name to the Stylistics. After working locally for a number of years, the group was approached by Bill Perry, who asked if they would be interested in recording. Their first song 'You're a Big Girl Now' was recorded at Virtue Recording Studio, a local studio in Philadelphia. This song was written by the group guitarist at the time, Robert 'Doc' Douglas and Road Manager, Marty Bryant, and before long, it became a number 1 hit in Philadelphia and a few other cities. Bill was interested in promoting the record nationally, but didn't have the resources. He decided to contact Avco Records and made a deal. Rumour has it, Bill received over $10,000 from Avco, of which the group never saw a dime. After the success of 'You're A Big Girl Now', Avco wanted to naturally follow up with an album release. Hit veteran producer Tom Bell was contacted and was hired to produce the group's first album. The album was entitled The Stylistics, and from it came 'Stop, Look, Listen to Your Heart', 'You Are Everything' and 'Betcha By Golly Wow'. The success of the first album was phenomenal, with six singles in total being released. The ball continued to roll with the release of the band's second album, entitled Round Two. The Stylistics were becoming known as the Philly group with the sweet love songs. Herbert Murrell and Airrion Love are the remaining original members of the Stylistics. Friends since junior high school, Herb and Airrion have managed to keep their institution of 70s music alive. It was thought to be the end of the Stylistics following the departure of their original lead singer, but as in life 'The Show Must Go On …'