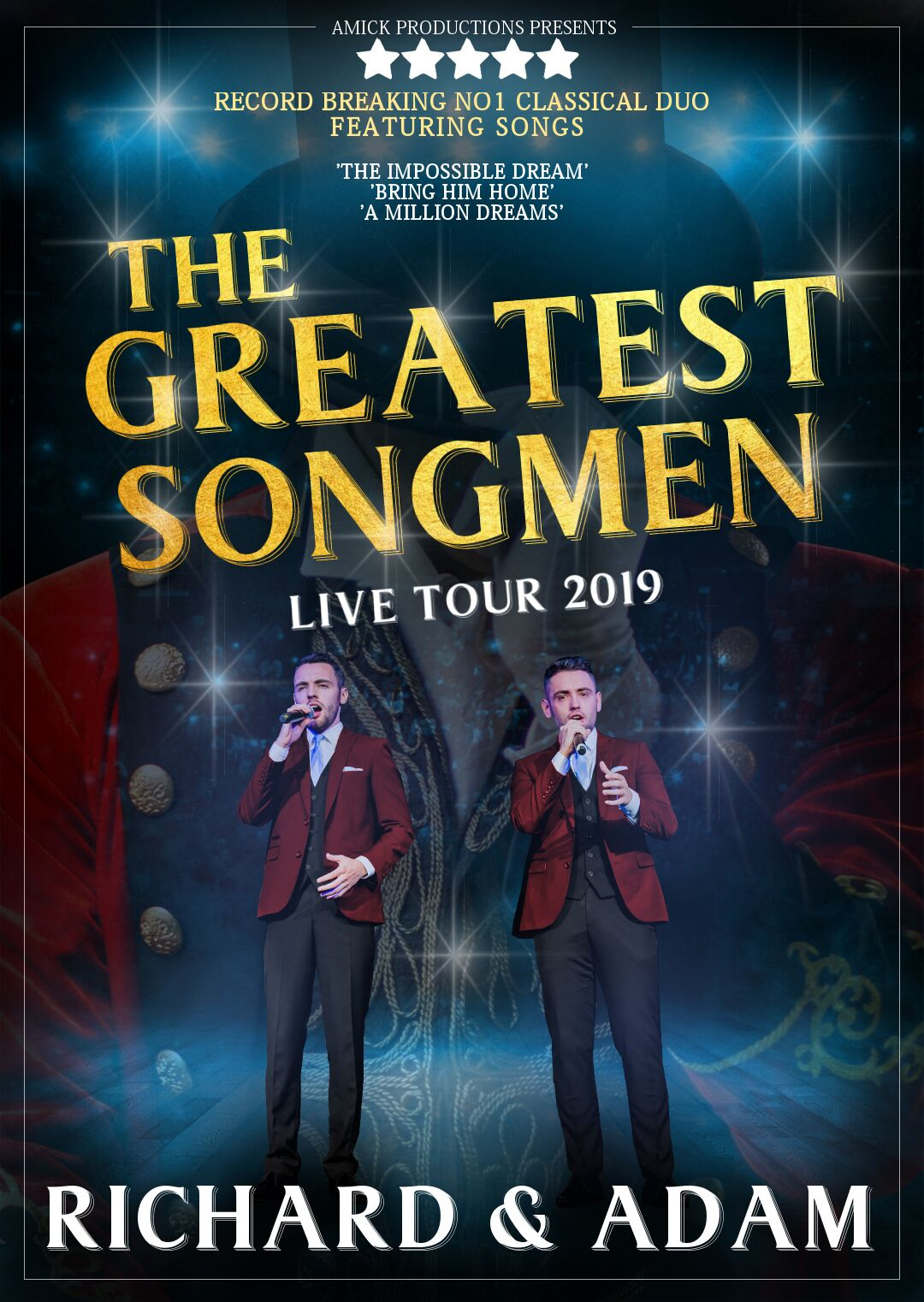 Sensational Welsh brother duo Richard & Adam return after wowing the nation with their extraordinary harmonies on Britain’s Got Talent. Having performed to over 14 million people around the world they return for their much-anticipated UK Tour, bringing their remarkable talent to a venue near you. Their success on Britain’s Got Talent was followed by their debut album ‘The Impossible Dream’, which sold over 1 million copies. The album shot straight to the No.1 spot for four consecutive weeks, making it the UK’s longest-running No.1 album of the year. Their success continued with their next three albums, which reached top 10 positions in the UK, and each one was No.1 in the Classical Charts. Join Richard & Adam for ‘The Greatest Songmen’ tour, where the boys will captivate you with a night of world-class music, including A Million Dreams, Volare and The Impossible Dream, performed by the duo with flawless technique and robust clarity. Together they will give you a theatrical show unlike any other and a performance for all to remember. VIP tickets are available, including reserved seats in the front rows and a pre-show Meet & Greet with Richard & Adam at 6pm.