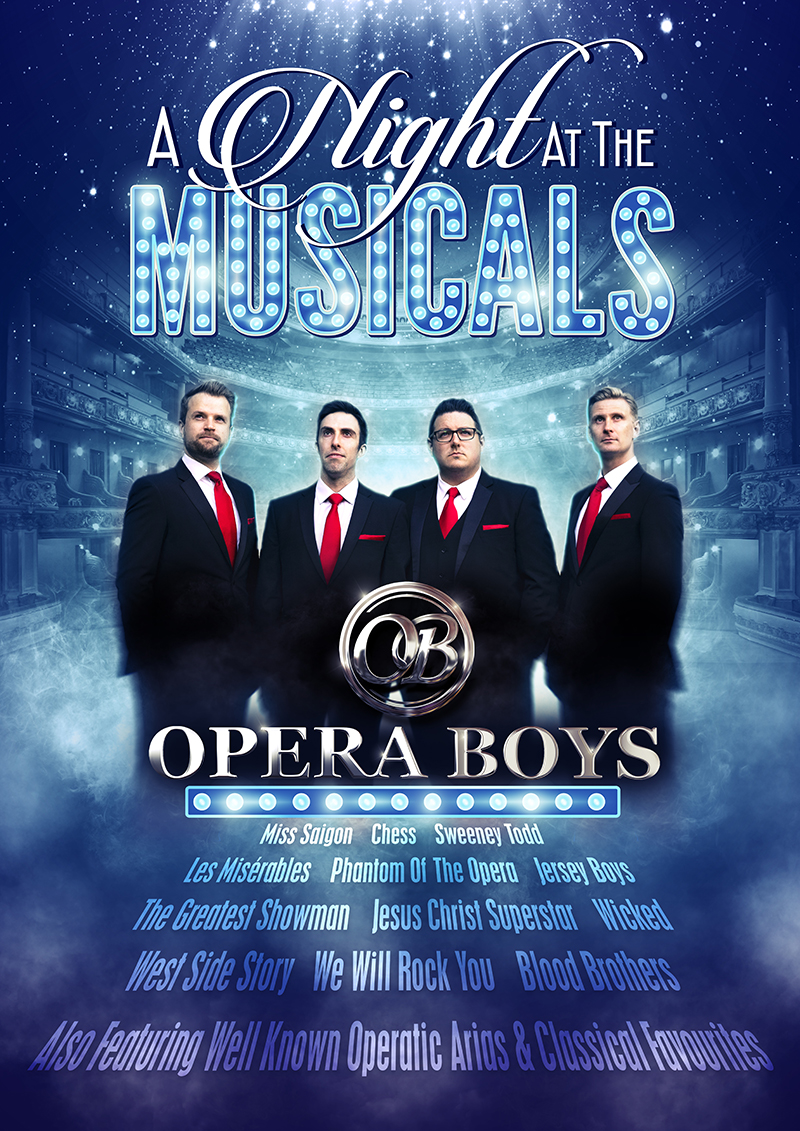 The Opera Boys return with a brand new show for 2020, featuring the biggest songs from the West End and Broadway. Immaculate 4-part harmony musical medleys are combined with stunning solo performances from shows that the boys themselves have performed in over the years. From timeless classics like Les Miserables, Phantom of The Opera and West Side Story, to modern smash hits such as Jersey Boys, We Will Rock You and The Greatest Showman, this is the perfect show for musical theatre lovers both young and old. The show also features a selection of beautiful operatic arias that the boys have become known for over the last few years, from La Donna e Mobile to Nessun Dorma. With beautiful vocal arrangements, spectacular close part harmony and a great line in humour, The Opera Boys have been delighting audiences all over the world with their unique show combining beautiful, powerful and emotional music with funny, engaging and light-hearted entertainment. The boys trained at some of the UK’s finest schools including The Royal Academy of Music, and have each become highly successful performers in their own right. Between them they have performed lead roles on London’s West End and on Broadway in New York. They have performed as backing vocalists to some of the world’s biggest superstars including Russell Watson, Robbie Williams, Tom Jones and Elton John, and in 2015 one of the boys appeared as part of the Belgian entry for The Eurovision Song Contest, performing to a global audience of 200 million, and placing a very respectable 4th in the competition! Together the boys have performed in theatres and concert halls throughout the UK and have travelled all over the world performing their show. In 2018 they performed as soloists with The National Symphony Orchestra. They have been invited to perform at a number of prestigious events including the 10th Anniversary of the world’s most famous cruise ship, Cunard’s superliner Queen Mary 2, and the inaugural voyage of P&O’s largest cruise ship Britannia, launched by Her Majesty Queen Elizabeth II.