We hope that everyone is staying safe and well and looking forward to returning to a new normal.

View our latest What's On Guide or visit our What's On / Upcoming events section.

Albert Halls Bolton does not have an on-site box office, however tickets can be purchased online or over the phone through Quay Tickets.

Your safety and security is important to us and Albert Halls Bolton has a series of visible and discreet security measures in place for our live shows and events.

All bags may be subject to security searches prior to entry to the building. As such, we would ask that you refrain from bringing large bags to the venue as this could cause delays to your admittance.

Any bags larger than 30cm by 30cm by 15cm must be checked into our secure storage room. Please note: Anyone who declines a security search will not be admitted.

If you are attending a theatre performance, please ensure that you arrive with plenty of time for these security checks to take place.

Our security measures are under constant review and we reserve the right to change arrangements at short notice.

Thank you for your continued co-operation. 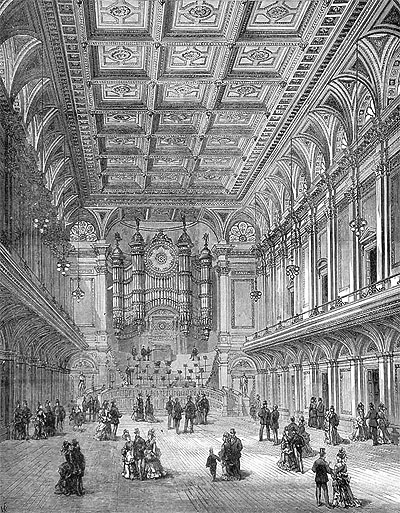 The original Albert Hall served as the heart of the Town’s cultural life for over 100 years, hosting hundreds of concerts, shows, bazaars, exhibitions, and other events, playing host to figures as diverse as Sir Arthur Conan Doyle and the Lancashire contralto, Kathleen Ferrier.

On 14 November 1981 a devastating fire took hold of the Albert Hall. The Fire Service fought a long battle to contain the blaze, saving the rest of the Town Hall from total disaster. The walls of the Albert Hall retained their structural integrity but the roof collapsed and almost all of the plasterwork and fittings, including the Grand Organ, were completely destroyed.

Traumatic though it was, the damage to the building could have been a great deal worse and in some ways proved to be a blessing in disguise. Given the shortcomings of the old Hall it was decided not to restore it to its earlier state, but to create two new, complementary venues in the old space – the smaller, intimate Festival Hall on the lower level and a new, more adaptable (and acoustically pleasing) Albert Hall above. 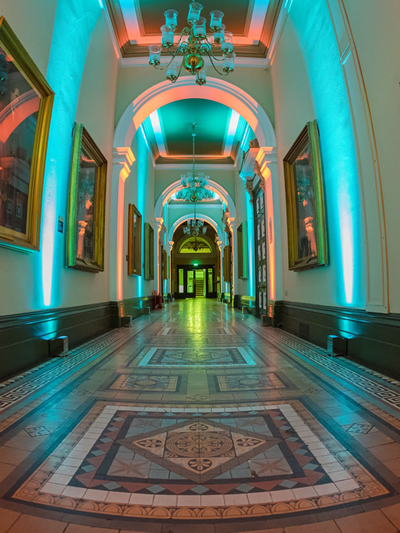 The multi million pounds Albert Halls rennovations became the first recipients of the Living Heritage award from Welsh Slate, this recognises projects using Welsh Slate on buildings that are important architecturally, historically or locally to a community.

"This team comprises members of Security and Response, Building Support, and the Albert Halls who have come together and made events possible in the Albert Halls such as the elections, council meetings, the Vision Conference, gala dinners and many, many more."